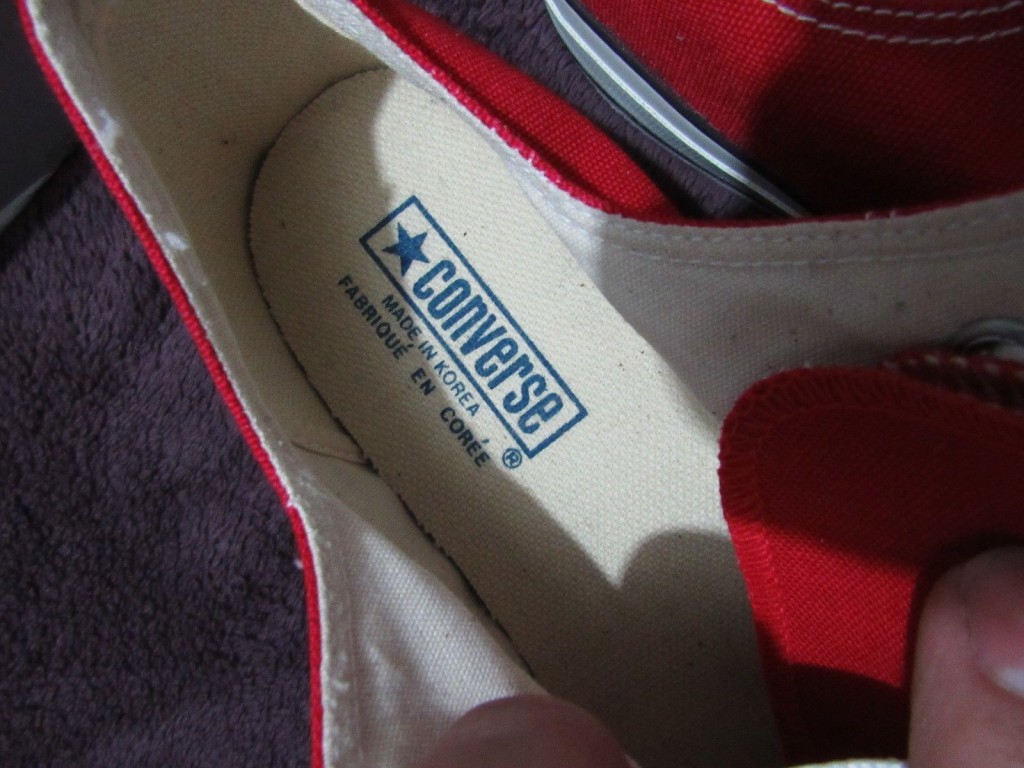 Last week I noticed another pair of VintageChucks made in Korea on Ebay.com. Buy it now price is 350 USD. To much if you ask me.

About ten years ago I first found a Korean made pair. I bought it on Ebay as well, fooled by the extra stiches, ignoring the feeling the tow caps did not match my idea of USA made Chucks. I appeared to be right. These were made overseas, but still in a silver box. Were those fake ones or did Converse try to find a cheaper production site back in the eighties? I haven’t known for a long time. Till last year. Buying pairs for my shop I also foud about 14 pairs of Korean made Chucks. All in silver boxes. And all the boxes say: Converse Inc, Fordham Road, North Reading, MA, USA. Made in Korea. So this must be a very clever copy cat, but more likely they are real Chucks made under licence of Converse. In Korea. I don’t think the guys in Massachussets did like what they saw, and ended the production in Korea pretty soon. The book Legends of Converse talks about fake ones (see picture). I think they are real Chucks only much less beatifull than their USA made brothers.

They are still on the market now and then. The red ones on Ebay. And I have some pairs left too. One blue pair in size 1, a pink in size 2.5 and 4.5 and a raspberry pair in size 10.5. If you’re interested, let me konw. They’re all new without box.